Tumble Circus presents The MacCarnysons, a hammer smashing Belfast inspired circus movie like no other, with class circus, big laughs and dead-on skill.

The circus is facing hard times. Sean MacCarnyson has a choice to make, to sell out or to keep the respect of his family. A 45-minute circus comedy film shot in and around Belfast. The MacCarnyson's features death defying aerialists, hardcore acrobats, mind bending jugglers and loads of craic.

Ken Fanning is Ken Evil
Ken was raised in the Dublin suburb town of Balbriggan. In 1995 he began traveling with his juggling equipment on the continent, meeting up with buskers, street performers and artists and becoming inspired with their work and way of life. In April of 1997 Ken met Tina Segner and they have been working together ever since.

Tina Segner is Tina Machina
Tina was brought up in the picturesque university town of Lund, Sweden. One day she and her friend agreed that Lund was too small for people with big dreams and arrived in Ireland In 1995 Tina. It was here that she was first introduced to circus.

Ken and Tina formed Tumble Circus and commitment to their work and training, and this ideology has helped them surpass their own goals of becoming street performers to touring internationally as a professional circus company and circus performers. 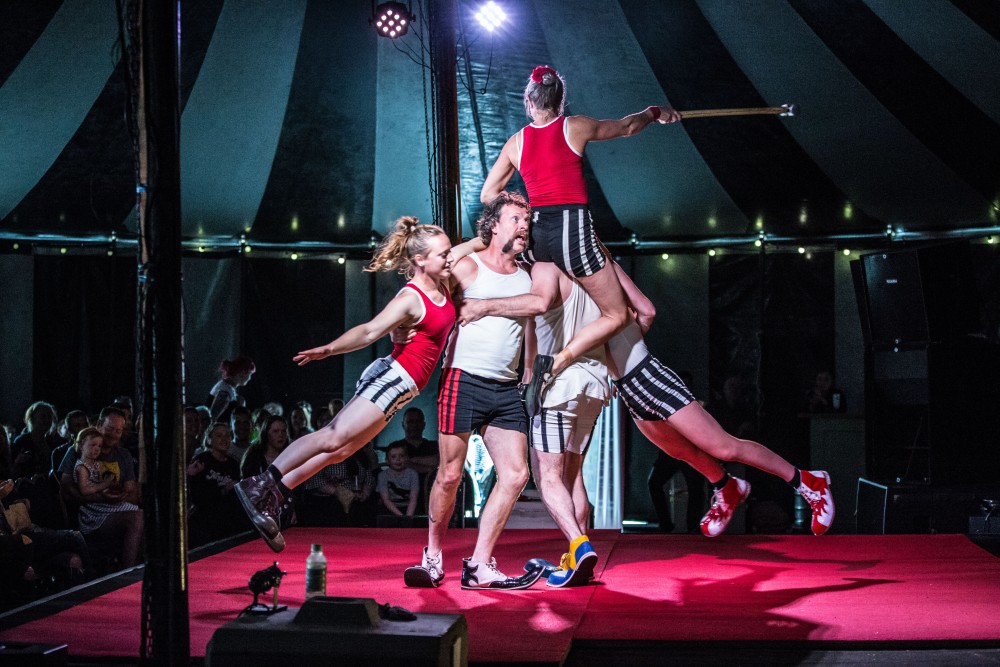