Grief as a Ghost “a prayer for loss and love"

Sorca Mc Grath, also known as Wounded Healer, is a process based audiovisual artist, examining rupture and repair as agents of change.

Her audiovisual piece Grief as a Ghost was written to be performed live in March 2020, for the St. Patrick’s festival, which was postponed due to the rupture of life as we knew it, when the global pandemic landed on the shores of Ireland.

Almost a year later, as live performances remain out of reach for the time being, Grief as a Ghost was filmed in February 2021 by a small masked crew, in the incredible surrounds of St. Finian’s Bay, Co. Kerry.

Thanks to the hosts at The Driftwood Surf Cafe and the attentive arrangements for artist and crew, by Emmet Condon of Homebeat, a once off performance was captured with the hint of silhouettes of the Skellig Islands and the wild Atlantic sea as the backdrop.

The piece as described by Sorca is “a prayer for loss and love that weaves augmented vocals, sounds and visuals in response to each other, creating a unique tapestry of sound and vision through each passing”.

She adds “it was created with a live audience in mind, as an immersive experience, but hopefully as we’ve all had to find ways to immerse ourselves in experiences in our small intimate spaces at home, some of its communal intention will come alive through the film that was captured”

Transitions is a series of 30 min vignettes from 5 Irish electronic producers, each of whom provide a short accompanying musical response to the idea of transition - so much of which has been forced upon artists in the past 12 months.

The performances were filmed across two locations from opposite spectrums of the island, but linked by their proximity to two separate but continuous coastlines, and each of which have, in their own way faced the energy of transition due to COVID 19 - The Space Between in Dublin 2, and a new contemporary cafe space in the very heart of South Kerry - Driftwood Cafe - which looks directly out across St Finian’s Bay at the Skelligs. 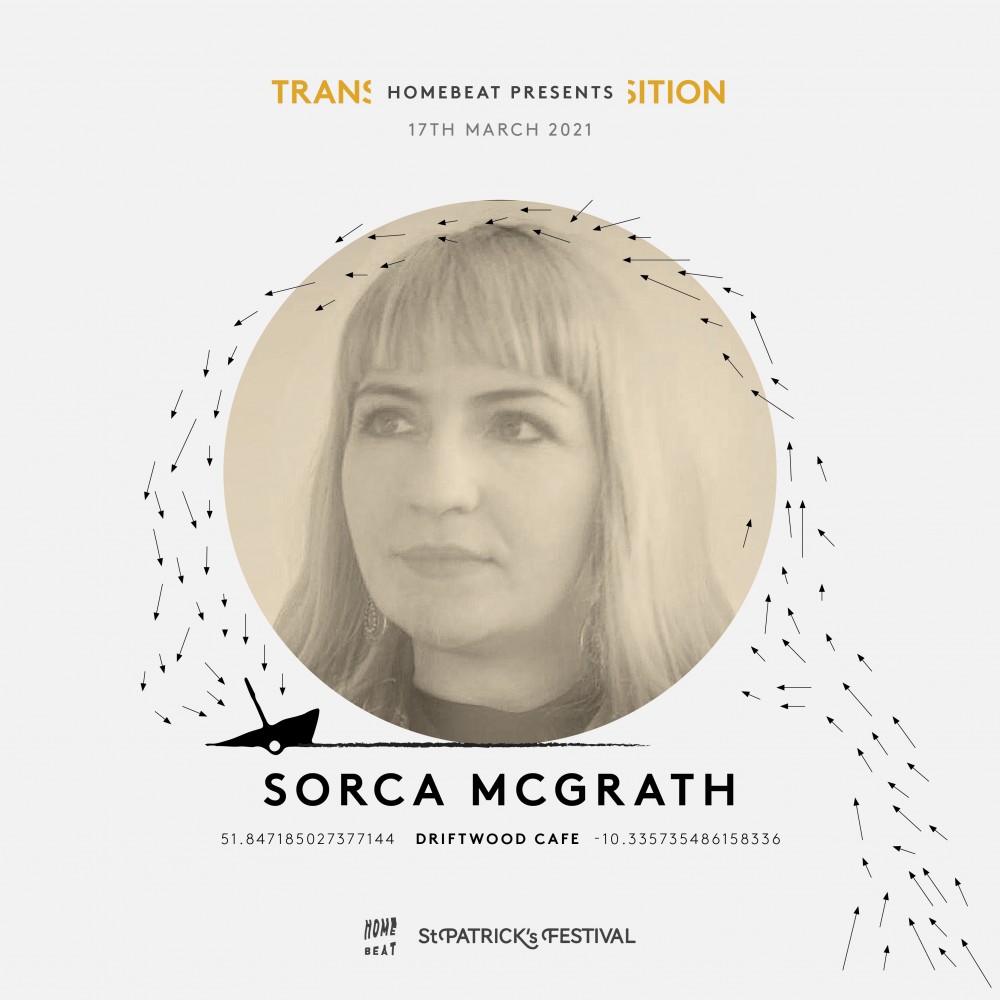