Close your eyes and dream of the club with New Jackson, all the way from the wilds of South Kerry

Having released on such luminary club labels as Permanent Vacation, Hivern Discs and Dublin’s own All City Records, New Jackson’s evocative and sophisticated club music has found itself swept out to Europe’s finest dancefloors, and into the record bags of its most esteemed selectors.

His tracks exist firmly in dance music’s underground diaspora, stripped of novelty and nonchalance into something emotive but always physical. The woozy vocoder at the centre of “Sat Around Here Waiting” continues to turn heads in clubs since it’s sudden, delightful arrival on John Talabot’s Hivern Discs imprint in 2013, matched by 2014’s “Having A Coke With You”, an unforgettable slice of acid-house melancholy, defined by a memorable sample and poignant strings.

This steady stream of singles laid the gradual foundations for New Jackson’s debut LP, ‘From Night to Night’, released in 2017 on Dublin’s All City Records. Hailed by The Irish Times as “a gratifying and hugely satisfying collection”, it perfectly framed his dancefloor impulses with a wider palette of sound, deftly blending influences as disparate as Larry Heard, Pete Rock and Arthur Russell. 2019 was another busy year with a string of big releases on Permanent Vacation, Maeve and Cin Cin rounding off the year with his now classic “The Night Mail” featuring as the opening track on Sven Vath's 'The Sound of The 20th Season' comp for Cocoon.

His live show recently made its Ibiza debut at Pacha Destino as part of Solomun's Plus Live series.

Currently working on a follow-up LP for All City, New Jackson continues to impress with his expansive sound and musical philosophy.

Transitions is a series of 30 min vignettes from five Irish electronic producers, each of whom provide a short accompanying musical response to the idea of transition - so much of which has been forced upon artists in the past 12 months. 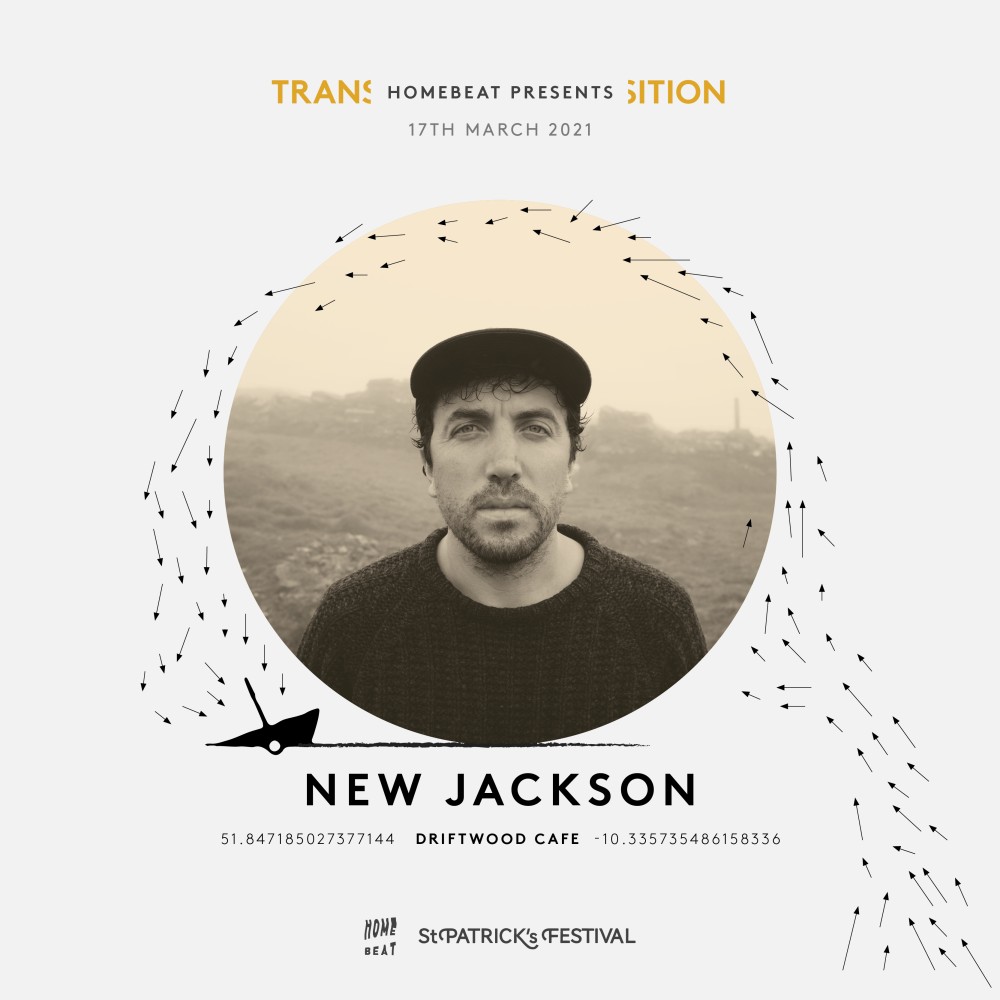