The Military Archives is the official place of deposit for the archival records of the Irish Defence Forces, the Department of Defence, and the Army Pensions Board.

It holds, among the records in its custody, some of the most important documentary evidence relating to the struggle for Irish independence. This includes the Military Service Pensions Collection, the Bureau of Military History, and the Collins Papers. It also holds over 1,000 private collections, including the Brother Allen Collection, the Collins-Powell Family Collection and the Uinseann Mac Eoin Collection.

The Military Archives has a long history, tracing its origins back as far as 1924. Several well-known historical names are associated with the history of the Archives including its first Officer-in-Charge, JJ ‘Ginger’ O’Connell - the IRA Director of Training during the War of Independence and later the Deputy Chief of Staff of the National Army.

The Military Archives is located in Cathal Brugha Barracks in the heart of Dublin - a place with its own rich history dating back to its construction in the early 1800s. The barracks has historical connections with the events of the 1916 Easter Rising, War of Independence and Civil War, and to figures including Michael Collins, Richard Mulcahy and Francis Sheehy Skeffington.

The barracks is now home to the Presidential Escort of Honour, the 7th Infantry Battalion and the 2nd Brigade HQ, and the garrison chapel features three beautiful Evie Hone stained-glass windows.

As part of St Patrick’s Festival 2021, Commandant Daniel Ayiotis, the Officer-in-Charge of the Military Archives, will introduce the history of the barracks and the Archives, and bring the audience on a virtual tour of this state of the art archival repository. 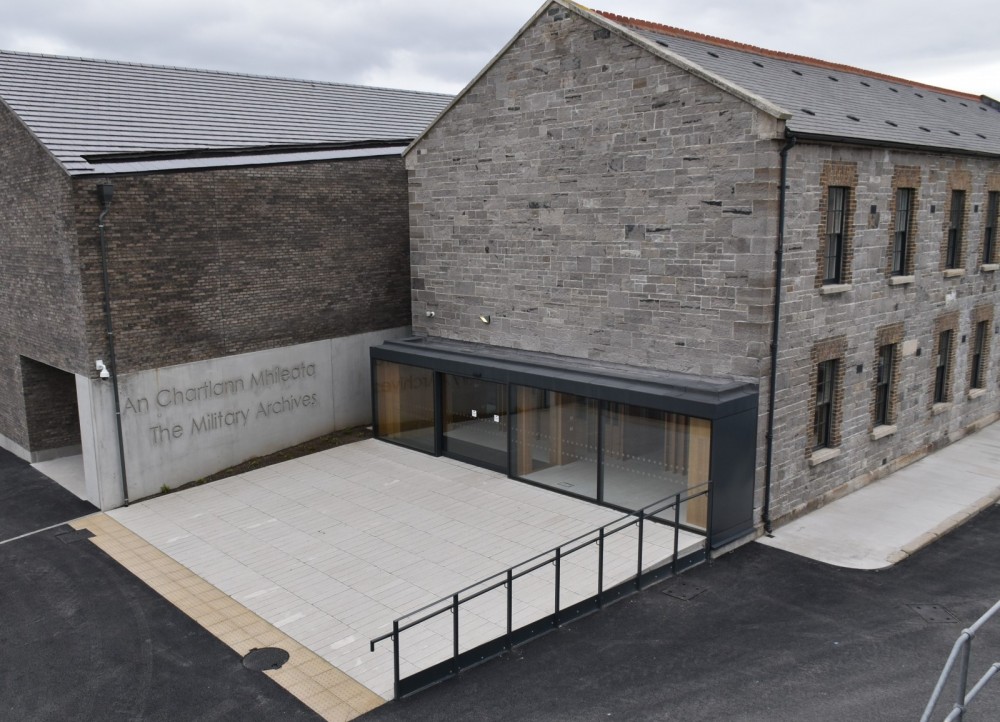