Brian Hogan and Aoife Kelly have both been playing music from an early age, and over the years, have shared the stage with a variety of artists. Together they are the Hogan Duo.

Brian Hogan first joined his father’s group at the age of ten and formed many bands after. He joined Kíla, highly regarded as Ireland’s most innovative contemporary folk and new world artists.

Aoife Kelly is a fiddle player from Co. Kildare has been involved in music from as far back as she can remember. Her influences range from traditional Irish music to classical to gypsy jazz to rock to country. The diversity of her interests has led her sharing the stage with an extremely eclectic variety of groups and artists, such as Christy Moore, The Chieftains, The Dropkick Murphy’s, Kodaline and Kila as well as numerous international tours and recording stints in Nashville. In more recent times, she is concentrating on expanding her repertoire to other genres such as house and techno music by working with a variety of Irish based DJs such as Al Gibbs, all the while remaining true to her classical and traditional Irish foundations. 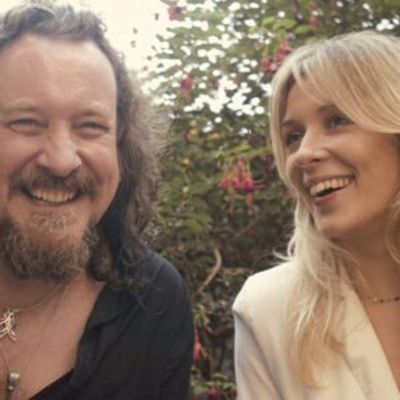