A nationwide series of illuminations, which will see many of Ireland’s most beautiful rural locations and urban landscapes immersed in light.

Locations featured in Solas: Awakening Ireland include the GPO and the Mansion House in Dublin, Trim Castle in Meath, Powerscourt Waterfall in Wicklow, Athenry Castle in Galway, Grianán of Aileach in Donegal and many more. These iconic locations and buildings will be illuminated with projections of reimagined, contemporary Irish imagery such as Ogham lettering, phrases and typography.

The displays will be captured on film and set to a specially commissioned spoken word performance and music composition, which calls on the nation to remain hopeful through these challenging times. These illumination films will be presented on SPF TV at stpatricksfestival.ie from March 12th to 17th.

Solas: Awakening Ireland is commissioned by St. Patrick’s Festival and supported by TikTok. 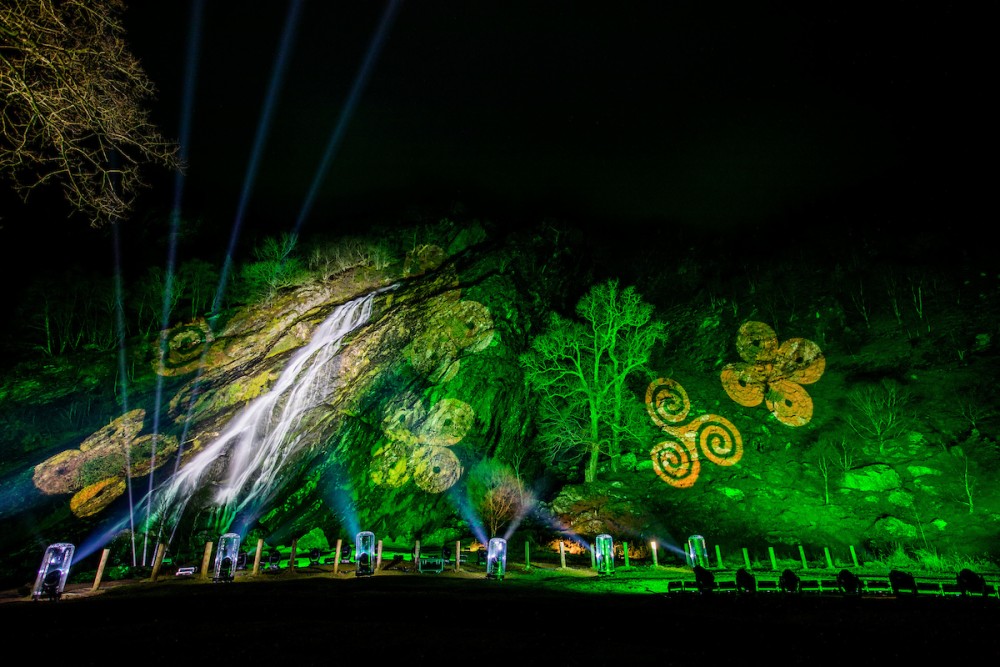