Matt Cunningham with his band, The Matt Cunningham Band, has a history with St Patrick's Festival as regulars at an Céilí Mór. Join Matt, his children and his grandchildren at home playing tunes at his home in Headford, Co. Galway.

The Matt Cunningham Band has a long association with the set and ceili dancing traditions and through an acclaimed series of recordings and constant touring schedule, it has delighted audiences at home and abroad while at the same time endeavouring to safeguard the tradition.

Matt, who lives in Headford, Co.Galway, formed his own band in 1972 having been a member of several other groups since his early teens. He and his band are not only applauded for their powerful performances at set and ceili dances but also for their many concert style shows and related recordings.

A celebration of our most treasured performers, this programme commemorates the rich history of traditional music while looking forward to the future and recognising some of the industry's most innovative artists.

SPF TV audiences are invited to join the party, from intimate sessions to foot stomping céilí bands, this is an opportunity to delve deep into Ireland's wealth of traditional music. 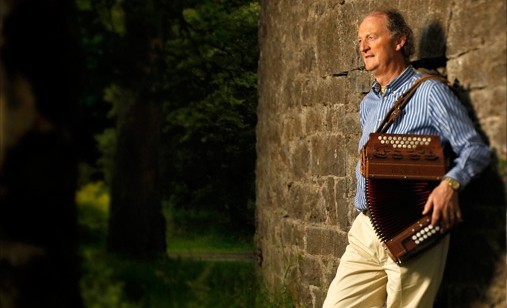