Join three of Ireland’s leading feminist historians, Margaret Ward, Mary McAuliffe, and Sinéad McCoole, to explore the life and career of Jennie Wyse Power, one the most important, yet little known, figures in modern Irish history.

Jennie Wyse Power’s career in activism and politics began with the Ladies Land League in 1881 and ended with the abolition of the Seanad 55 years later.

She was a leading nationalist and feminist and was a founding member of Inghindhe na hÉireann, Cumann na mBan and Sinn Féin.

First and foremost she was a committed nationalist insisting that Irish be spoken in her four Dublin shops that sold Irish produce only.

Her first shop on Henry Street became a rendezvous point for the who’s-who in Irish nationalism, so much so that the Proclamation of Independence was signed in her living room above the shop. Michael Collins also used the premises as an office while on the run.

She was one of four women nominated to the first Seanad by the President of the Executive W.T. Cosgrave in 1922 and was an outspoken supporter of women’s rights throughout her career.

Amongst her many publications are Unmanageable Revolutionaries: Women and Irish Nationalism (1983), biographies of Maud Gonne and Hanna Sheehy Skeffington and edited works (with Louise Ryan), Irish Women and the Vote: Becoming Citizens and Irish Women and Nationalism: Soldiers, New Women and Wicked Hags, Hanna Sheehy Skeffington: suffragette and Sinn Féiner, her memoirs and political writings, UCD Press, 2017. Her latest book is Fearless Women (2019). As part of the Decade of Centenaries she has been involved in delivering lectures on women’s involvement in political movements at venues throughout Ireland and Britain.
Margaret has a PhD from the University of the West of England and an Honorary Doctor of Laws from the University of Ulster, for her contribution to advancing women’s equality.

Dr. Mary McAuliffe is Assistant Professor / Lecturer in Gender Studies at UCD, specialising in Irish women's / gender history. She is the co-author on 'We were There: 77 Women of the Easter Rising' (Four Courts, 2016) and co-editor of 'Kerry 1916: Histories and Legacies of the Easter Rising'.
She is currently working on a biography of Margaret Skinnider, 1916 rebel, Cumann na mBan member, trade union and women's rights activist, to be published by UCD Press. Her ongoing project is on gendered and sexual violence during the Irish War of Independence and Civil War, and that will be published in 2020.

Mary has been involved in a number of public history projects including the 1916 exhibitions and commemorative quilt project at Richmond Barracks and 1916 centenary exhibition at the Royal College of Surgeons. She coordinated the 2014 commemoration conference of the centenary of the founding of Cumann na mBan (1914) in association with the Dept of Arts, Heritage and the Gaeltacht and the WHAI.

Dr. Sinéad McCoole Historian & Curator is a practitioner in public history in the area of Irish culture, arts and history. A member of the Expert Advisory Group on the Government of Ireland Decade of Centenaries Programme since 2012 and an Ex-Officio member of Vótáil100, the Houses of the Oireachtas programme for the centenary of ‘Votes for Women.’

Among the exhibitions she has curated are the award winning - Jackie Clarke Collection in Ballina – 1 man 100,000 items; Crossings, part of the Imagine Ireland Showcase in the US and 'Drawing Conclusions - Mapping the Irish' (2012) at the American Irish Historical Society, New York. 'Lady Lavery -Society and Politics' (1996) and 'Passion and Politics - The Salon Revisited' (2010) Dublin City Gallery, the Hugh Lane.

On behalf of the Department of Culture, Heritage and the Gaeltacht: Mná 1916-2016 the national centenary exhibition and for 1918 centenary: A Pop-Up Women’s Museum – 100 years of Women in Politics and Public Life at Dublin Castle Coach House. A specially adapted versions of toured Munster, Ulster and Connaught in 2019. Winner of the Civil Service Excellence and Innovation Awards 2019 for Excellence in Culture, Value and Diversity.

Her most recent publication is a play ‘Leaving the Ladies’ based on the true events. It was published by Arlen House (2019) 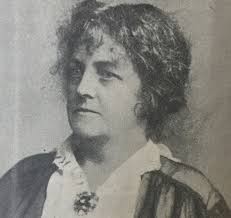 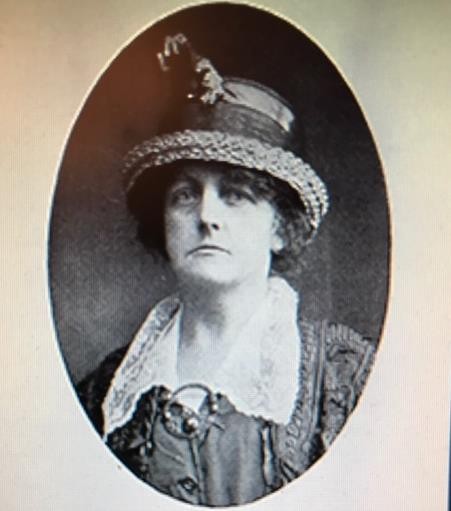