The Carrickmacross Workhouse was one of 130 Workhouses built throughout Ireland between 1841 and 1843 to house the poor, hence the Irish name of Teach na mBocht - The Poorhouse.

The poor had to apply for admission to the Workhouse and successful applicants had to surrender any land before entering as ‘inmates’.

Once admitted, they were subjected to a strict regime: families were segregated and forbidden from seeing each other without permission; their diet was meagre and unvarying; difficult, and often pointless, work had to be undertaken; there was little heat and no comfort.

These deliberately harsh conditions meant that Workhouses quickly became known as the Poor Man’s Jail, and the poor only applied for admission as their last resort.

Home is a deeply moving ‘imagining’ of a family’s experience in the Carrickmacross Workhouse during the Famine years. It describes their ‘fall’ as a result of successive crop failures due to potato blight, leading them inexorably to the Workhouse, and their lives within these walls.

The story also highlights the Earl Grey Scheme under which 4,114 girls between the ages of 14 and 18 were emigrated from Irish Workhouses to Australia as wives and servants of the settlers and convicts there. 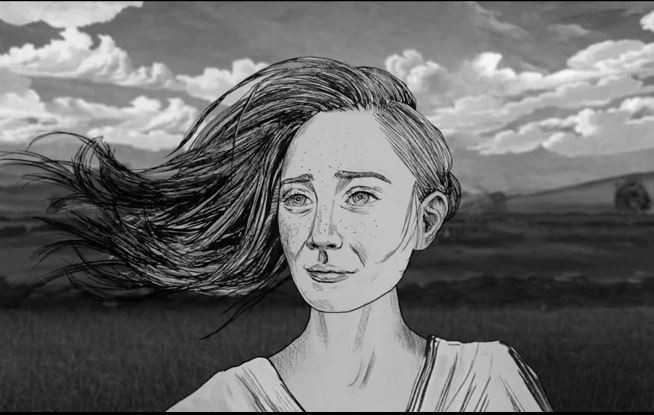