A short film of how Dublin Port Company transformed the Diving Bell into a museum that explains its origin and 160 year history.

The Diving Bell entered service in 1871 and was used in the building of the Port’s quay walls from the Victorian era right up until almost the 1960s. It was considered a ground-breaking piece of engineering innovation in its day.

The Diving bell project, which opened in mid-June 2015, elevated the 13m tall, 90 tonne Diving Bell onto a two metre steel structure, creating a ramped public access route underneath. A water feature was installed beneath the structure accompanied by a series of interpretive panels explaining the historical, social and engineering significance of the Diving Bell.

Dublin Port Company are proud to be a part of the revitalisation of such an essential part of Dublin Port’s heritage.

Dublin Port Company would like to take this opportunity to pay tribute to the sad passing of Dermot Heron in 2020 (RIP), who was the last surviving member of the crews who worked on the Dublin Port Diving Bell and who was instrumental in building Dublin Port as we know it today.

Video by: The Coup 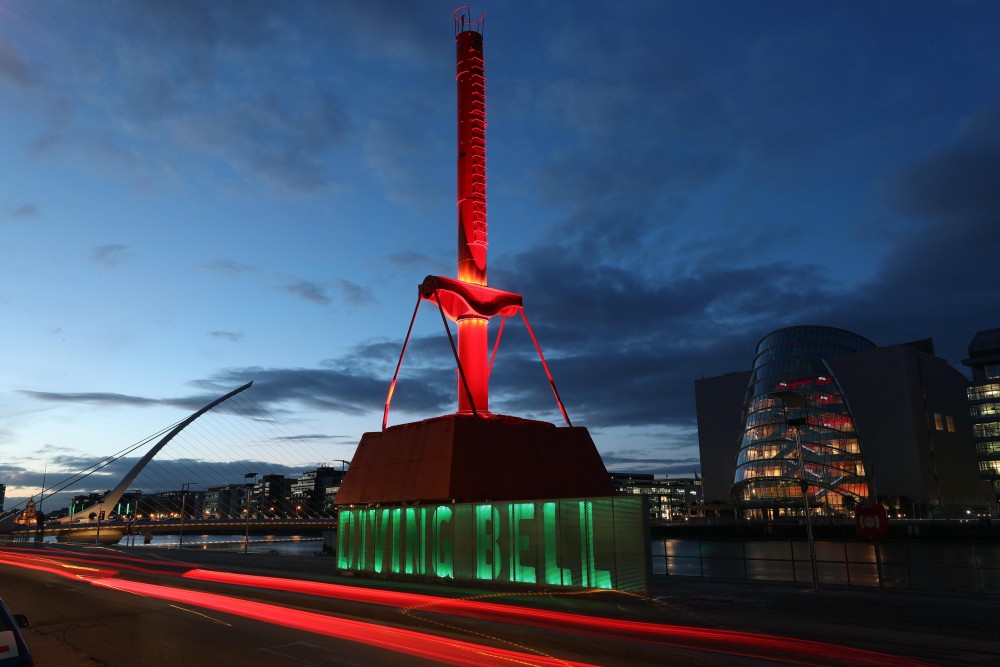