Bringing 6 great virtual days and nights to a spectacular close, Barróg on St. Patrick's Night gathers the best of Irish Traditional players and singers. The fire will be on, the instruments on the floor, and the tunes will roll.

These are the players, and the world will be the listeners, bringing Whelan's on Wexford Street to their kitchens and living rooms in Dublin, Derry, Boston and beyond:

Cormac Begley is a solo bass, baritone, treble and piccolo concertina player from a West-Kerry musical family. He is currently one of the leading lights within Irish traditional music.

In a crowded field of outstanding Irish fiddle players and interpreters of traditional music Colm Mac Con Iomaire is unique. His voice is unmistakably his own and his music bears distinctive creative hallmarks which have as much to do with his personality and character as with his impressive technical mastery, musical authority, and exquisitely expressive playing.

Mohammad Syfkhan is a Syrian refugee living in Carrick-on-Shannon, Leitrim. He lived in Raqqa where he was a surgical nurse who also had his own band. He uses his love of music to integrate into his new community.

Over the years Lisa O'Neill has quietly built a reputation for herself on the Irish and international scenes and now has a growing following with her unique folk sound, strong song-writing and distinctive voice.

Brothers Brían and Diarmuid Mac Gloinn grew up playing music together around their hometown of Carlow, a small town in the southeast of Ireland. They quickly became a staple of the live music and session scene in Ireland, playing their own original songs as well as folk songs from Ireland, Scotland, England and America.

Caoimhe Ní Fhlatharta and Ronan & Séamus Ó Flatharta come from the small village of Ardmore in Connemara on the West Coast of Ireland, a place renowned for its Traditional Irish culture. Ronan is a seasoned banjo player and sean-nós singer, performing around the country with his siblings for many years, Caoimhe is a singer and multi-instrumentalist who developed a love for the Irish tradition early on in life and Séamus is a keen multi-instrumentalist with a passion and quiet zeal backed up by a love of the traditional Irish music heritage.

Rónán Ó Snodaigh, better known for his singing with the group Kíla, will be joined by filmmaker and musician Myles O' Reilly. The pair recently released their debut single together Tá’n t’Ádh Liom.

With stellar solo performances, plenty of special collaborations and a vast array of tunes in store, the place will be hopping. Truly, a night not to be missed! 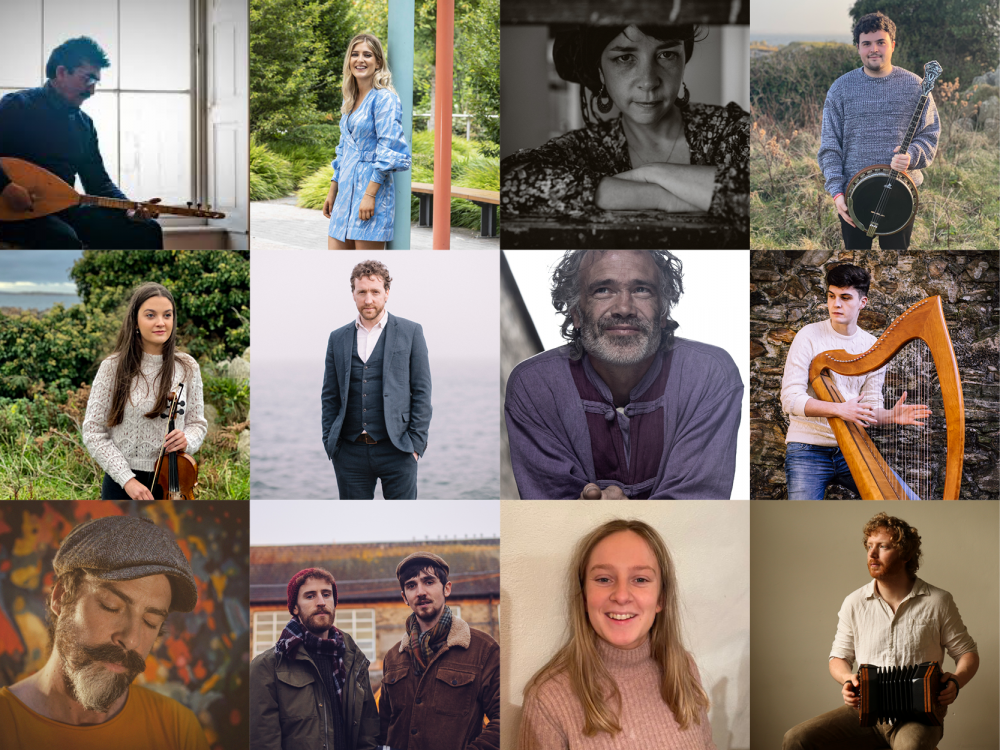