Today, St. Patrick’s Day 2021, St. Patrick’s Festival is proud to present Orchestra of Light, a beautiful film featuring a fleet of 500 Intel drones dancing across Dublin’s night sky. The film presents a heartfelt, uplifting celebration of our national day, and spreads a message of hope to audiences around the globe.

Created by St. Patrick’s Festival, Tourism Ireland and Dublin City Council and delivered in collaboration with Intel and Actavo Events, Orchestra of Light was pre-recorded in Dublin in early March. The film features a dazzling performance by Intel® Drone Light Shows, Intel’s first ever in Ireland.

Although St. Patrick’s Day public celebrations in Ireland and around the world will not take place this year, Orchestra of Light invites audiences to enjoy a spectacular world-class event from the comfort and safety of their kitchens and living rooms.

In this cutting-edge display, drones blur the boundaries between technology and art as they light up the sky above Ireland’s capital city, illuminating some of Dublin’s most well-known landmarks such as the Samuel Beckett Bridge and the Convention Centre Dublin. A series of animations designed by St. Patrick’s Festival and Aiden Grennelle tell a powerful story of love, hope and home, while celtic knots, musical instruments and Irish dance represent the world-wide reach and love of Irish culture, celebrated by millions each year on 17 March.

The short film was produced by ShinAwiL and scored by Irish composer Eimear Noone, who collaborated with the band Picture This to create a special reworked version of their latest single Things Are Different. The piece uses new Intel Drone Light Show Premium technology to deliver dazzling 3D animations and vivid colours in their first ever public performance in EMEA.

The film will help bring to a close six great virtual days and nights on St. Patrick’s Festival TV, accessible globally at stpatricksfestival.ie and on rte.ie/culture and on TVs in homes throughout the nation on Oireachtas TV. This year’s programme has featured more than 100 events streamed to Ireland and the world to celebrate St. Patrick’s Festival, one of the world’s biggest annual celebrations of Ireland’s national day.

Dúisigh Eire! Awaken Ireland! is the theme of this year’s Festival, a clarion call to the Irish across the world to throw off the long, dark months and rise to embrace the brighter days ahead. It promises to be a positive and uplifting celebration of our incredible people, our beautiful island and our community bonds, connecting our family of 80 million across the world through music, theatre, art, performance, poetry, storytelling, traditional arts, virtual tours, food, culture, children’s events and much more.

Intel, the Intel logo, and other Intel marks are trademarks of Intel Corporation or its subsidiaries. 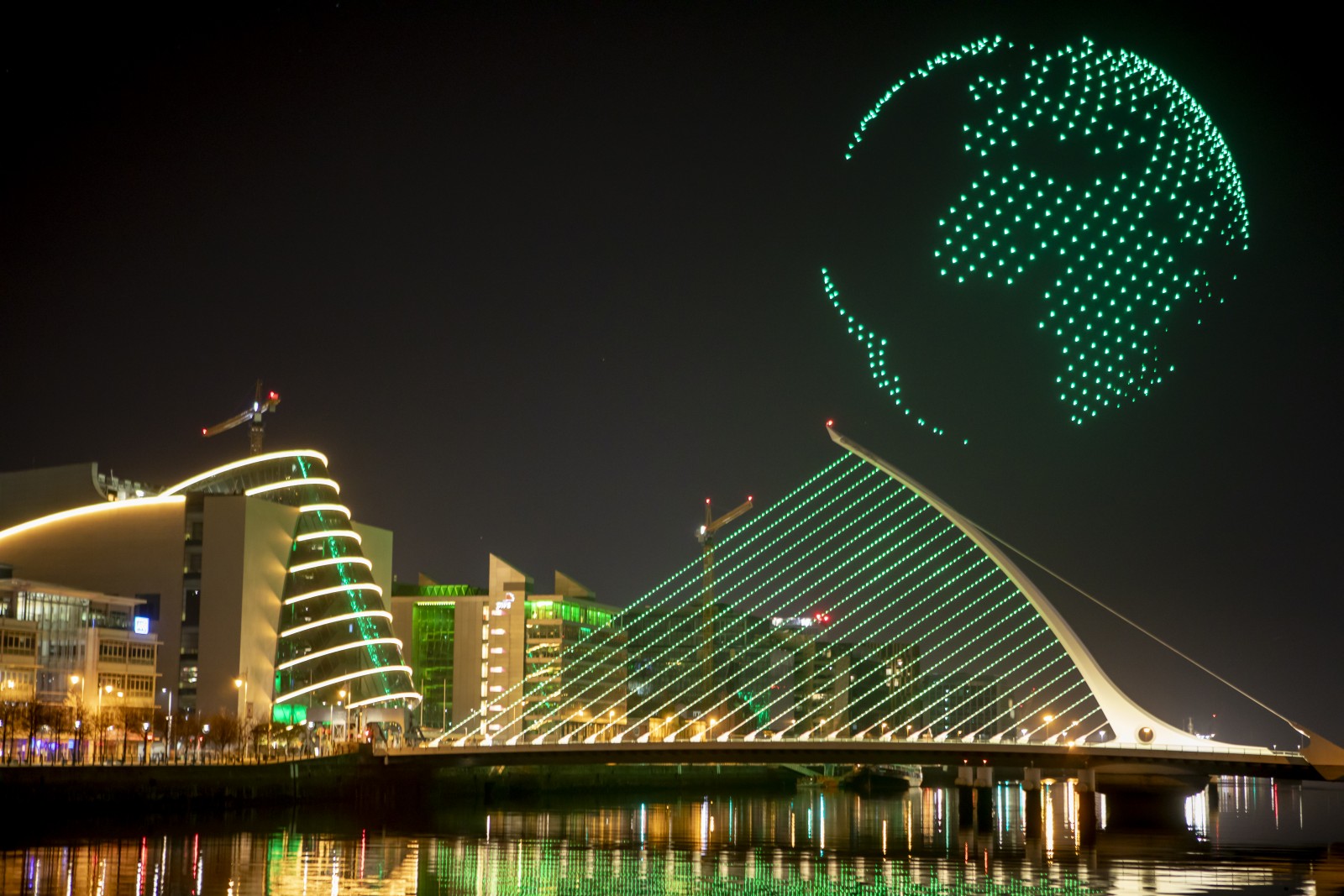